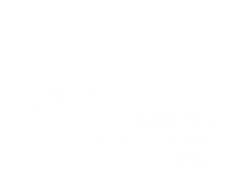 2008 the orchestra that was to become the Baltic Sea Philharmonic gave its first ever concert, in the Latvian capital Riga and at the Usedom Music Festival. Under the baton of their Estonian-born conductor Kristjan Järvi, the musicians of the Baltic Sea Youth Philharmonic performed Dvořák’s ‘New World’ Symphony, a new commission – Burning Fiery Furnace by Niels Marthinsen, and Beethoven’s Triple Concerto with Danish violinist Søren Elbæk, Latvian pianist Lauma Skride and Lithuanian cellist David Geringas.

But the history of the ensemble began earlier, on the Baltic Sea island of Usedom.  Thomas Hummel, the Director of the Usedom Music Festival, wanted to create a new multinational ensemble, and took the idea to Nord Stream AG, operator of the natural gas pipeline through the Baltic Sea. His proposal: what better way to reflect the cooperation between Baltic Sea nations than by bringing together the best young musicians from Denmark, Estonia, Finland, Germany, Latvia, Lithuania, Norway, Poland, Russia and Sweden.

The aim was to bring together young musicians from all ten Baltic Sea countries in one ensemble, creating through music a common spirit of cooperation and harmony between the people of the formerly historically divided region.

Founded on Isle of Usedom...

‘The atmosphere at both concerts was exhilarating,’ recalls Thomas Hummel, Director of the Usedom Music Festival and Executive Director of the Baltic Sea Philharmonic. ‘Everyone involved had the feeling that something great was just beginning. The musicians of the orchestra, who came from Denmark, Estonia, Finland, Germany, Latvia, Lithuania, Norway, Poland, Russia and Sweden, all embraced the idea that they weren’t just making great music together but were also being great neighbours.’

The aim was to bring together young musicians from all ten Baltic Sea countries in one ensemble, creating through music a common spirit of cooperation and harmony between the people of the formerly historically divided region. Today the Baltic Sea Philharmonic has become a movement that brings people together and connects communities from Norway to Russia. The youth ensemble, which started out with two concerts in 2008, is now an award-winning orchestra that tours throughout Europe and beyond, giving around a dozen concerts a year in some of the most prestigious venues, from the Théâtre des Champs-Elysées in Paris to the Hamburg Elbphilharmonie. Thousands of young musicians from the Baltic Sea region, most of them between 20 and 30 years of age, have applied to join the orchestra, of whom almost 800 have had the chance to perform. Under the dynamic direction of Kristjan Järvi, the Baltic Sea Philharmonic is constantly reinventing itself: among other things, through groundbreaking concert experiences involving the art of light, project art and design, or by performing symphonic scores completely from memory. Through its commitment to education and the environment, to empowering young musicians and inspiring its audience, the orchestra carries the message of unity and international understanding further into the future.

As the orchestra’s reputation spread, it began regular tours, and was soon playing at the most prestigious concert halls and festivals in Europe, including the White Nights Music Festival in St. Petersburg, the Bonn Beethovenfest, the Rheingau Music Festival and the Merano Music Festival. The finest soloists in the world among them are world-class artists such as Angela Gheorghiu, Jonas Kaufmann, Jan Vogler, Martin Fröst and Alexander Toradze, and leading young soloists including Hyeyoon Park, Jan Lisiecki and Mikhail Simonyan. Guest conductors have included Kristjan Järvi’s father Neeme Järvi, and also Kurt Masur, who conducted the orchestra at the opening of the Usedom Music Festival in 2012 and again in 2013. Masur, who died in 2015 at the age of 88, played a vital role as peacemaker in Leipzig during protests against the East German regime in 1989, and later conducted the city’s Gewandhausorchester in Beethoven’s Ninth Symphony at the official celebration of German reunification in 1990.

For Kristjan Järvi, Masur’s role as a unifying voice in a divided Germany makes him an important personality in the Baltic Sea Philharmonic’s history and identity: ‘He is one of the biggest heroes and role models we’ve been fortunate to have participate in our project. One of our clear missions is to unify East and West through music and culture, and to have Kurt Masur involved was a big stamp of approval, an endorsement that what we are doing is right.’

Vision for the future

The increasing international importance of the orchestra was matched by the growth of its educational ambitions. Education and training have always been at the heart of the orchestra’s mission, and Järvi, together with a team of international coaches, has worked intensively with the musicians to develop their professional skills and expand their musical horizons, especially in the area of memorised performance. The creation in 2013 of the Baltic Sea Music Education Foundation consolidated a burgeoning education programme, which included chamber music coaching as well as workshops for young conductors and composers, and special concerts for school students.

The Baltic Sea Philharmonic aims to continue building partnerships across the Nordic region, and to spread its message of cultural understanding throughout Europe and beyond. The orchestra’s Executive Director Thomas Hummel says he sees tours of the future perhaps including extended stays in certain cities, in order to create even more of a connection with the local community: ‘It would be great if we could base ourselves somewhere for a few days, and bring a special vibe to that place, and make the people there feel that they simply have to come and experience what we are doing. And if we can do that not just in European cities but in other parts of the world too, and thus carry the unifying spirit of the Baltic Sea far and wide, that would be wonderful.’

The Baltic Sea Philharmonic is still planning its ‘Nordic Pulse’ tour through Germany, Italy and Sweden from 5 to 13 September 2020, although some concerts had to be cancelled. The orchestra is observing the COVID-19 situation very closely and is in close contact with the concert organisers. The highest priority is the health and safety of the musicians, the audience and the production team.

The Baltic Sea Philharmonic is very much hoping to present ‘Nordic Pulse’ this September, as for the first time its own orchestra musicians will also appear as soloists. The musicians are looking forward to concerts at the Merano Music Festival on 10 September and the Usedom Music Festival on 12 September.

The Baltic Sea Philharmonic has made an impressive number of radio recordings since its foundation. These include in particular the recordings of the Northern German Broadcasting (NDR) – media partner of the Usedom Music Festival – from the power station of the Historical-Technical Museum in Peenemünde. The sound engineers and teams of the NDR have recorded unique concerts. Be it world premieres, innovative arrangements or cooperations with international music stars like the young pianist Jan Lisiecki, the star violinist Gidon Kremer and his Kremerata Baltica, the pianist Simone Dinnerstein and many more.

Especially in times when concerts have had to be cancelled due to corona restrictions and both audience and musicians have to wait a long time for the next live show, we want the audience of the orchestra, the Usedom Music Festival and beyond to enjoy magic moments of music – unique, innovative, rousing á la Baltic Sea Philharmonic.

The concert treasure of the Usedom Music Festival and the Baltic Sea Philharmonic will soon be available here. We will keep you up to date! 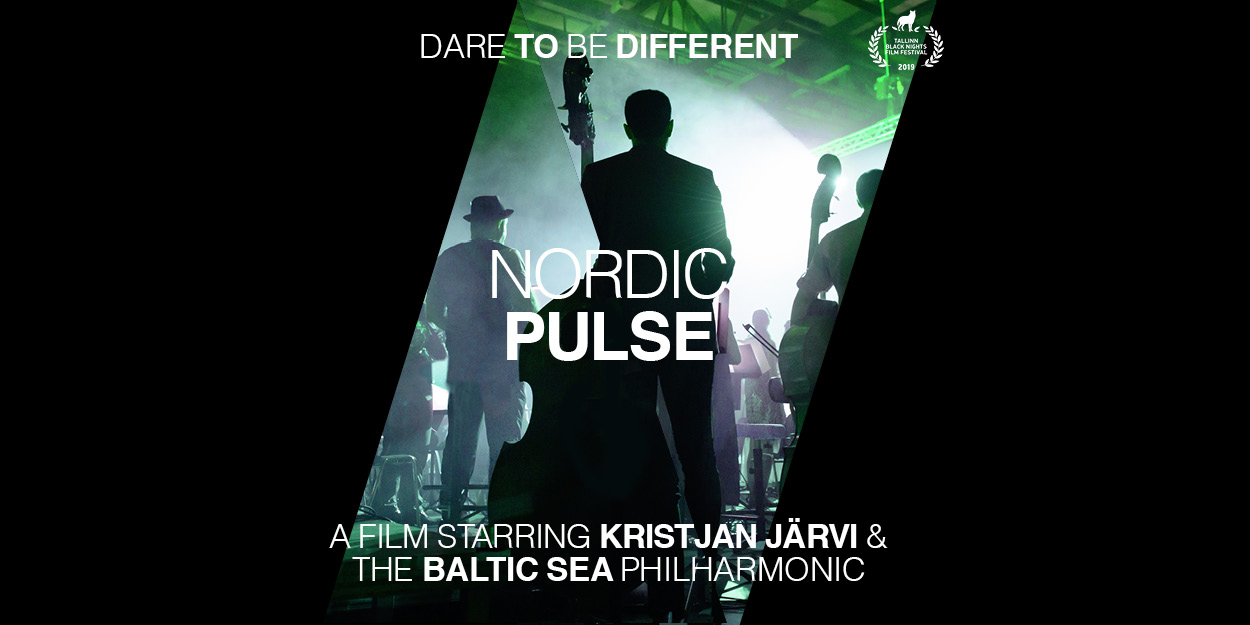 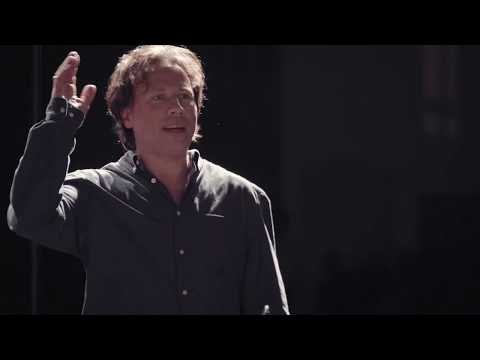 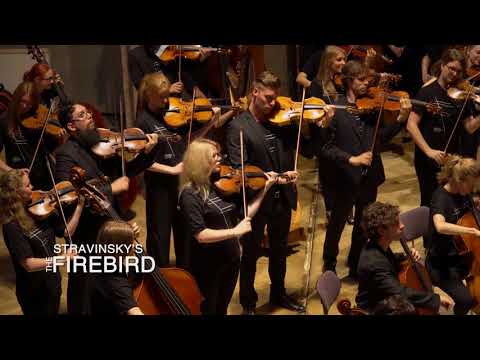 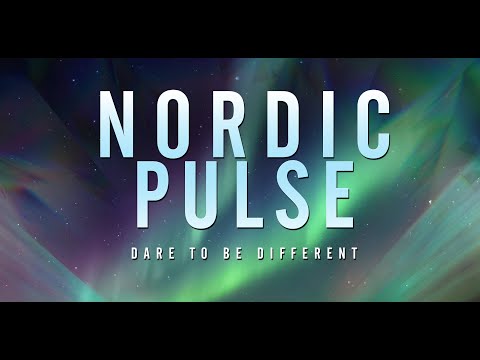